A “heritage” poultry breed is one that was developed by a community by careful genetic selection over a long period of time to satisfy their needs.  A large variety of domestic poultry breeds emerged across the different regions of the world and, in doing so, became part of our “heritage”.  Purebred heritage stock breeds “true”.  In other words, the offspring produced will reliably be very like the parents.  Each heritage breed is an important reservoir of valuable genetics, preserved and refined by generations of careful breeding and important to conserve on that basis alone.

Many of the characteristics valued in poultry by our ancestors are not those valued by modern commercial animal production systems and are in the process of being discarded. Specifically, a heritage breed chicken should have a long history as a pure breed, be able to mate naturally, be able to live a long productive life outdoors and have a slow growth rate.  Traditional poultry is generally much more suitable for free-ranging the backyard or smallholding than modern commercial hybrids designed for industrial agriculture. 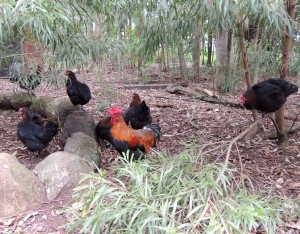 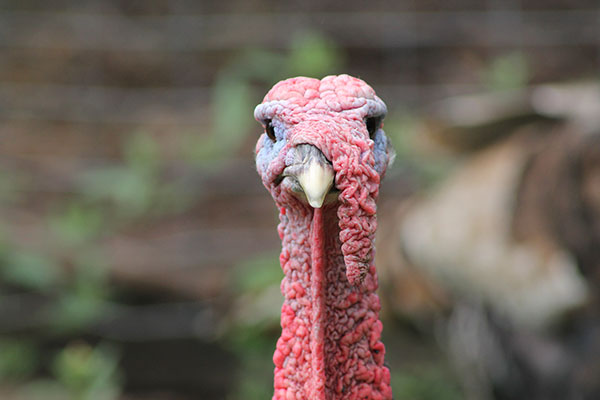 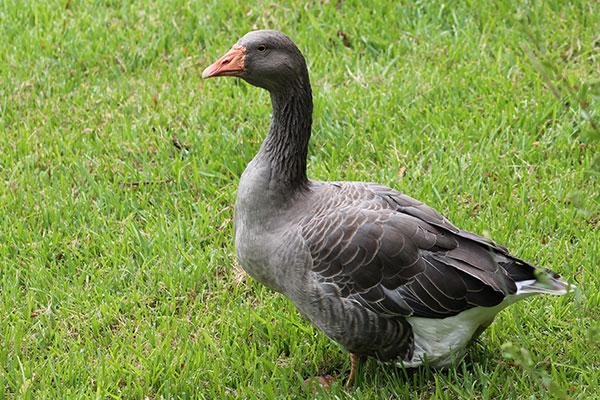 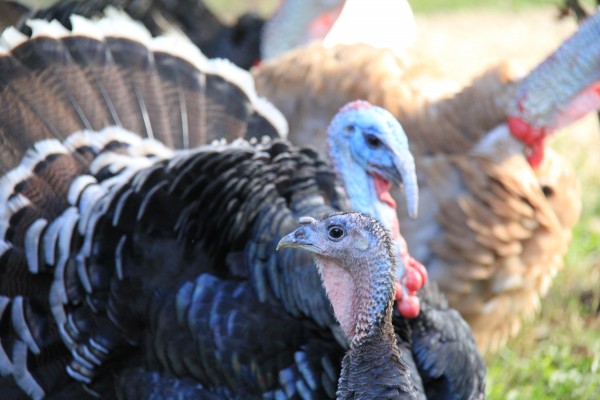 At Dingo Lane Farms, we maintain breeding flocks of eight heritage dual-purpose chicken breeds together with heritage turkeys of a variety of colour variations and heritage Toulouse geese.  We aim to produce robust backyard birds for eggs and meat that thrive in our local conditions.  After 8 years of breeding, we estimate that there are over a thousand of our laying hens around the area supplying > 150,000 nutritious free-rang eggs every year to local families.  There are also now quite a few turkeys and geese roaming the region. 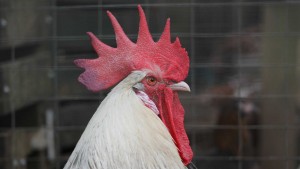 Traditional heritage breeds now comprise less than 1% of all chickens living in Australia. The other 99% are hybrids developed over the last 60 years to as either egg-laying or meat-making machines designed to function optimally in an industrial setting – not a good choice for your home chicken coop.

Our chicken breeds are all “dual purpose” farm breeds developed to satisfy the needs of small farms and households as economical providers of both meat and eggs. This are all medium-large birds that are docile, resilient and adaptable. They do well free ranging along with a little grain and your household scraps. You can expect them to reward you wiht 150-200 eggs/year from about 6 months of age until greater than 5 years of age. We have tried and tested various breeds on our own farm to bring you those that do best in our local area.  We currently maintain the eight breeds shown below. They are all beautiful in different ways so the choice is yours and you will probably want a variety of breeds for your pen 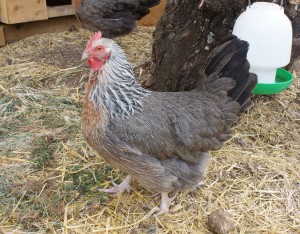 The Dorking is reputedly the oldest described British breed having been brought to Britain by the Romans.  Robust but docile it thrives under free-range conditions.  The roosters have a striking pure white hackle and saddle with black underbody.  The hens are slate grey with fine pencil markings on the back, have a silver hackle and a salmon breast.  Both sexes have a large single red comb.  The most distinguishing feature of the Dorking is the fifth toe – all other chickens have but four.  The Dorking is renown for its superior eating qualities but is also a reliable layer of good-sized white eggs. 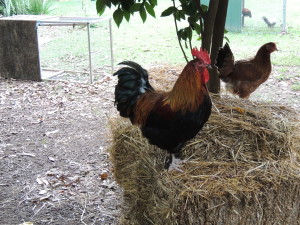 Marans originated from the village of that name near La Rochelle on the Atlantic coast of France. They are best known for the dark reddish-brown eggs but also have a reputation for excellent table qualities. The Wheaten Cock resembles the Black Copper except for a chestnut coloured triangle at the tip of the wings.  He too is the epitome of the farmyard rooster. The Wheaten Marans hen may vary in colour from pale wheaten to a darker clay.  The Wheaten Marans has feathered feet.  By nature this breed is docile yet active. 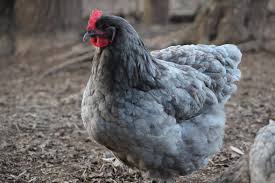 The Orpington was developed in the 19th century, near the village of the same name just out of London.  The Orpington is an extremely docile hen, and a good broody and mother.  It is very rounded in shape and lays tinted eggs.  Dingo Lane Farms breeds blue Orpingtons but black and splash (light blue) offspring appear regularly.

The Sussex is classic English breed originating in the county of that name.  Speckled is thought to be the original colour pattern for this breed although other varieties now exist.  Speckled Sussex roosters and hens are a deep mahogany colour with white feather tips provided the speckled appearance that is individual for each animal.  They are good layers of light brown or tinted eggs. 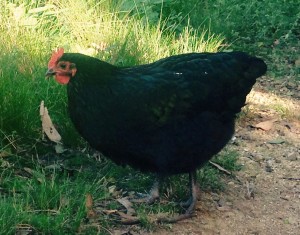 This is the classic Australian backyard chook.  The Australorp was developed in Australia, principally from the English Black Orpington, as a utility fowl with an emphasis on egg-laying.  It became an internationally known breed in the 1920s after setting new egg-laying records.  Australorps are traditionally black in colour with a wonderful green sheen.  The are a handsome bird with big black eyes and red single combs.  The eggs are light brown or tinted. 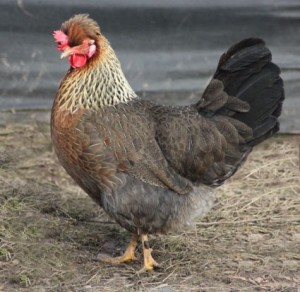 The Cream Legbar was developed in the United Kingdom in the 1920s.  It is characterise by creamy feathering, crested head and the production of blue-green eggs.  It remains and extremely rare breed in the the UK and even more so in Australia.  At Dingo Lane Farms we are now refining the characteristics of our third generation of this breed and hope to have stock for sale by the end of 2017. 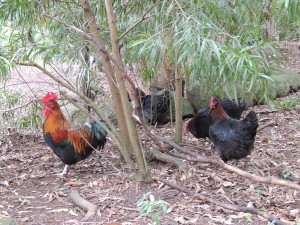 Marans originated from the village of that name near La Rochelle on the Atlantic coast of France.  They are best known for the dark reddish-brown eggs but also have a reputation for excellent table qualities.  The Black Copper variety is very rare is Australia.  The Cock resplendent in the copper and red finery of his hackles and back is the epitome of the farmyard rooster.  The hen exhibits more restrained coppering of the hackle over a matt black body.  The Black Coper Marans has feathered feet.  By nature this breed is docile but active. 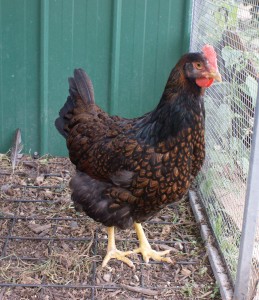 Barnevelders originated in the Dutch town of Barneveld in the eastern Netherlands.  This beautiful breed is best known for its dark brown eggs.  At Dingo Lane Farms we primarily produce the double-laced brown variety of Barnevelder but have recently introduced some “blue” genetics.  All Barnevelders have single single red combs and yellow skin and legs.

All domestic turkeys are descended from the wild turkey (Meleagris gallopavo) native to North America. The earliest archeological evidence of domestication of the turkey comes from Mayan sites and dates back at least 2000 years. Turkeys were being kept by the Aztecs at the time of the Spanish conquest and greatly valued for their meat, eggs and feathers. The Spanish took domestic turkeys back to Spain from whence they spread across Europe and the world. Indeed, it was early English colonists who then re-introduced the domestic turkey to North America in the 1600s!

Heritage turkeys retain sufficient characteristics of the wild turkey to allow them to be raised in outdoor natural production systems. More specifically:

As a bonus, heritage turkeys were often developed for beauty as well as function and come in variety of amazing colour varieties: Bronze, Blue, Slate, Black, Buff, White, Royal Palm, Narrangansett and Bourbon Red are recognised in Australia with many other non-standard colourings also in existence.

By contrast, the commercial broad-breasted white turkey has a sad tale indeed. These turkeys were developed starting in the 1950s by aggressive genetic selection to produce a bird that lends itself to intensive production of cheap turkey breast meat in an industrial setting. Principal selection criteria included greatest breast width and mass, most efficient conversion of feed to breast meat and less visible pin feathers. The result is a uniformly white bird that by slaughter age of 14-18 weeks is unable to forage outdoors, unable to roost, unable to mate naturally (breeding requires artificial insemination) and, in fact, unable to live much longer!

The development of the commercial broad-breasted white turkey allowed large numbers of turkeys to be raised in sheds and efficient production of relatively cheap turkey meat. Sadly, it also meant that traditional varieties of heritage turkeys disappeared from commercial production and became very rare indeed.  Raising of these commercial turkeys raises significant animal welfare concerns and is totally unsuitable for those wishing to breed and raise turkeys outdoors for the production of healthy organic free-range turkey meat 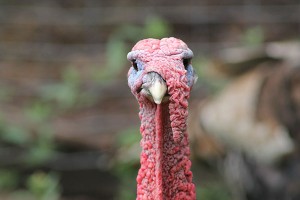 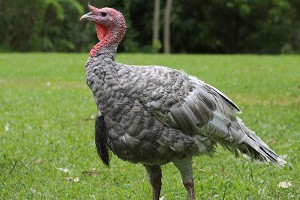 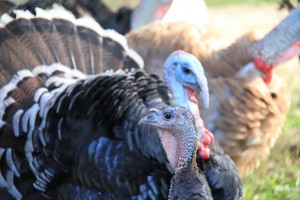 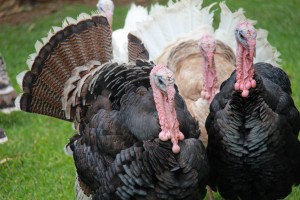 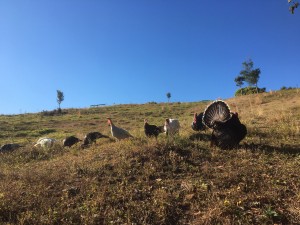 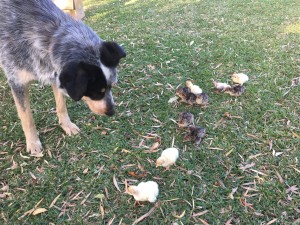 Dingo Lane Farms breeds heritage turkeys in the following colour varieties: bronze, blue, bourbon red and white.  We are working hard to obtain and establish other colour varieties within our flock.

Our turkeys are reared under free range conditions from the moment they are large enough to evade predators (about 4 weeks of age).  They thrive in the open fields and forests of the farm returning to their sheds to be locked up every evening.  The introduction of our Maremma cross dog, “Hayla”, has ensured that nesting hens are able to sit and hatch their without fear of fox attack. 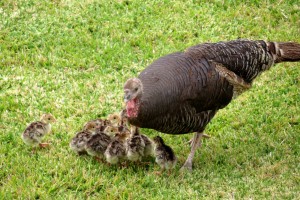